The reconstruction of musical instruments was what Panagiotis Stefos initially focused on, this pioneering work gradually developed into a thorough, scientific study on Ancient Greek Music.

He made a detailed research in museums, collected various sources of information, designed and reconstructed the ancient instruments.

They are fully functional instruments and they travel throughout the world, they are moving young and old with their history and sound, opening up horizons and giving inspiration to those who want to deal with history, music, mathematics, physics, language, theater, and, of course, the making of instruments. 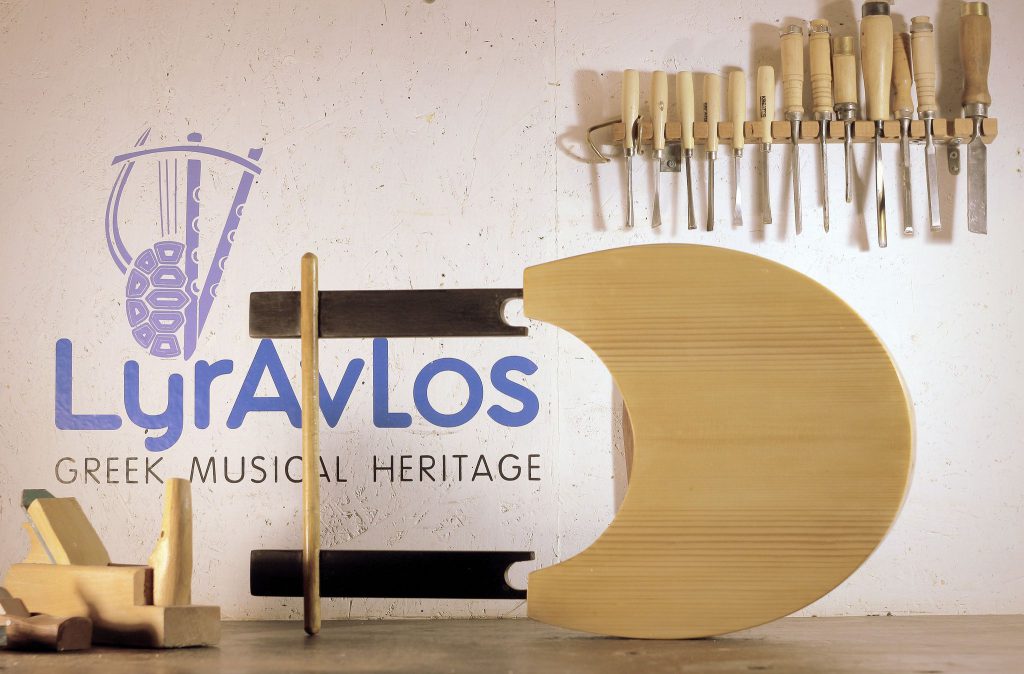 Fidelity and use of natural materials

The attempt was to achieve the highest possible degree of accuracy in the reconstruction of musical instruments therefore a combined scientific study of all historical sources was required. 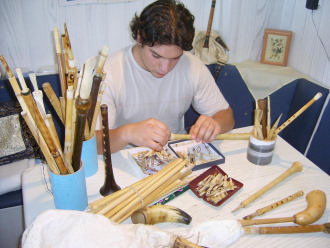 This enabled P. and M. Stefos to proceed to the most creative part of their work which was to reconstruct the instruments. They used the ancient technique and the original materials i.e. wood from fir tree, box-wood, reed, intestines for the strings, tortoise shells, leather, fish glue and wooden nails.

It is worth noting that during any artistic festival as well as educational seminar the public is allowed to see and touch the instruments.

Actually, among the ensemble’s suggestions is that of organizing seminars on the construction of the musical instruments which would be an enchanting and creative experience, especially for the group’s younger friends.